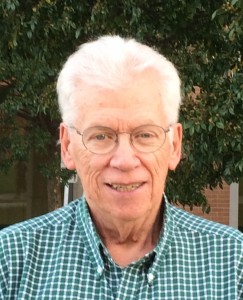 In addition to his research, Dr. Bradley made extensive service contributions to UMBC. Dr. Bradley joined the UMBC Faculty in 1971, just a few years after the founding of campus, and was promoted to professor in 1989. While at UMBC, Bradley taught introductory and graduate-level courses. He was known as a caring, enthusiastic, albeit demanding instructor. Dr. Bradley invested time to enrich the lives of countless UMBC students over the decades. He insisted on rigor both in the classroom and in curriculum development. He was awarded instructor of the year for citations numerous times, and served as chair of the economics department between 2011 and 2014. Bradley retired in 2014 after 43 years of service.

Bradley’s passion for international economics and enthusiasm for international studies were the driving forces in establishing UMBC’s study abroad programs. He served as the director of international programs from 1991-2002. This was the foundation to what would eventually become the office of International Education Services. While at UMBC he also devoted over a decade at the Johns Hopkins University School of Advanced International Studies as a professional lecturer and adjunct member of the graduate school faculty. Bradley also served as an economics instructor for the U.S. Department of State, Foreign Service Institute.

A Retriever at heart, Bradley was a fan and regular attendee at UMBC basketball and lacrosse games. He exhibited his support of youth soccer, baseball, basketball, and lacrosse teams as a coach, mentor, and referee in Columbia, Maryland where he lived. In the 1980s he could be spotted coming out of his office wearing his referee attire to head off to a nearby game to officiate. In 1989 Bradley was awarded the Martin Schwartz Memorial Award by the UMBC Lacrosse Alumni Association in recognition of his work on UMBC’s Athletic Policy Committee. Bradley also was a strong supporter of the arts. He loved classical music and was a long-time subscriber and supporter of the Baltimore Symphony Orchestra. From early days he supported UMBC Music and Theatre, enjoying numerous concerts and plays.

Contributions in his memory can be directed to the Gerald J. Goldman Scholarship Fund in Economics, or any UMBC fund of your choosing. Donations can be submitted online (https://giving.umbc.edu) or by check, payable to the UMBC Foundation, with the Fund name IMO M. Bradley in the memo line, mailed to the UMBC Foundation, 1000 Hilltop Circle, Baltimore, MD 21250