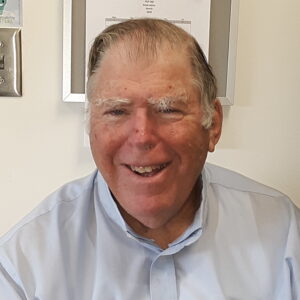 Dr. Sorkin joined the UMBC Economics Department in 1974 upon completing his undergraduate and doctorate in Economics at Johns Hopkins University. Prior to UMBC, he also spent two years with the Brookings Institution and five years with the Bloomberg School of Public Health at Johns Hopkins. Under his leadership, the UMBC Economics Department more than doubled the number of faculty and student majors. The Department also introduced its Financial Economics B.S. and its M.A. in Economic Policy Analysis. He retired from UMBC and became Professor Emeritus in 2006.

His scholarly expertise focused on global public health but he also published innovative monographs in other areas of applied economics. He published twelve books and eight co-edited volumes. In addition to his books on health economics, the titles of his other books include Monetary and Fiscal Policy and Business Cycles in the Modern Era, Economic Aspects of Natural Hazards, Education, Unemployment and Economic Growth, and The Urban American Indian. His numerous contributions were recognized with the Heritage Award by the Bloomberg School of Public Health at Johns Hopkins University in 2019.

After his retirement in 2006, Alan still returned regularly to the UMBC campus to visit and lunch with faculty colleagues up until the 2020 pandemic.  Economics Department Chair David Mitch recalls that during his visits Alan would frequently inquire about current department issues. Among his numerous non-academic interests, Alan was an avid coin collector. His presence will certainly be missed.